The roots of the Pine River Library can be traced back close to a century.

In 1930, the Bayfield Study Club was founded by a group of Bayfield women who wanted to have a wider range of reading material available.

Six women formed the first Board of Directors of the Bayfield Public Library after it was approved by the Bayfield Town Board in 1934.

The Board purchased the old Farmers and Merchants Bank building on Mill Street for $1,500 and set themselves to work raising money to furnish the building and buy books.

The Library ran solely on the efforts of volunteers until 1941 when the Town Clerk was given a pay increase of five dollars per month to also act as Town Librarian.

This arrangement lasted until 1976 when a full-time librarian was hired. 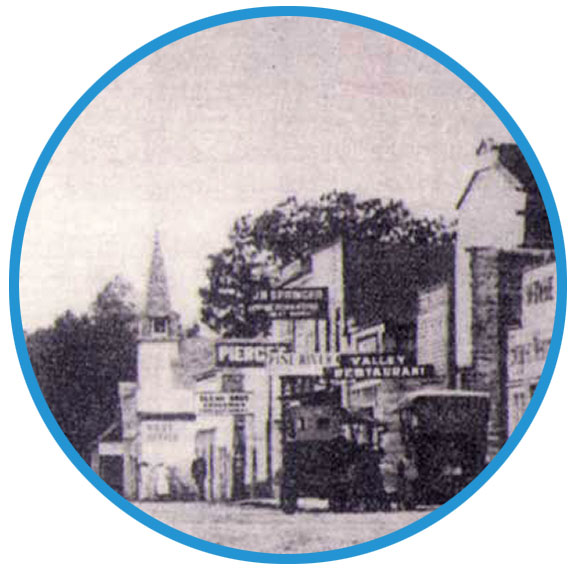 The Pine River Public Library District was formed in 1972, empowering the library to use tax money to fund operations and services. As the Bayfield population increased, the need for a larger and more modern building became apparent.

A mill levy increase passed in November 1999, and funding for new facilities became available. Construction started in 2001 and was completed at the beginning of 2004. The Library moved from its Mill Street location into the current facility in March 2004.

Today, the Pine River Library is located in the heart of Bayfield’s expanded business district, just north side of Highway 160. Building began in 2004 and the Library was expanded in 2012 with upgrades and additions to public spaces and the construction of a community garden.

A 17,000 square-foot Community Garden serves as a living library and provides community space for garden beds, classes, and growing food to serve community needs. Current staff and volunteers do the work of 10 full-time employees as they serve our community.

Built in 2017, the Bayfield Library Park is a dedicated acre of outdoor recreational opportunities including a playing field, a perimeter walking path, an elementary and elementary/middle school playground, a combined basketball and pickleball court and a shaded picnic table area. The park is a collaboration between the Town of Bayfield and the Pine River Library and was partially funded through grants from Go Outdoors Colorado (GOCO) and the Colorado Health Foundation.